This hardcore zine was done  by a correspondent of mine at the time: Cesar Campiani Maximiano from São Paulo (Brasil). He studied history and was particularly interested in WW2: he ended up writing books about it (e.g. Brazilian Expeditionary Force in World War II). He teaches Contemporary History and History of International Relations in public and private universities.

I only got to see this first issue (with Brazilian bands ‘Ação Direta’, ‘Dizintiria’, ‘Ofence’, ‘Ratos De Porão’ & ‘Skarnio’, and ‘Blockade’ (Ger) & Austria scene-report; plus news & reviews) and don’t know if there were any others… Cesar had done another one before (DG) which I haven’t seen either…

By the mid 80s the punk/HC scene was undergoing a hiatus: there were no gigs, few bands were still active since the boom of punk in the late 70s/early 80s here in São Paulo. I belonged to a slightly younger generation and resented the fact I had missed the high point of the whole thing. Along with a bunch of friends, we tried to escape the little to none punk-activity in our local scene by means of a network of contacts throughout Brazil and Western Europe. We always had a harder time getting replies from the US, don’t know why. Over these three decades I still maintain my friendships from those times, all of us felt great insatisfaction towards Brazil’s huge array of social and political problems – which we still do, even if our attitude and points of view concerning on how to fix them have changed. The DIY culture of punk is something I will carry for the rest of my life. 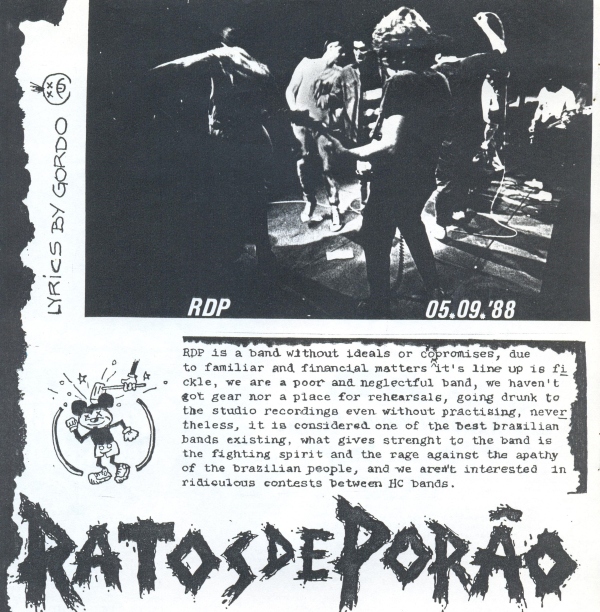 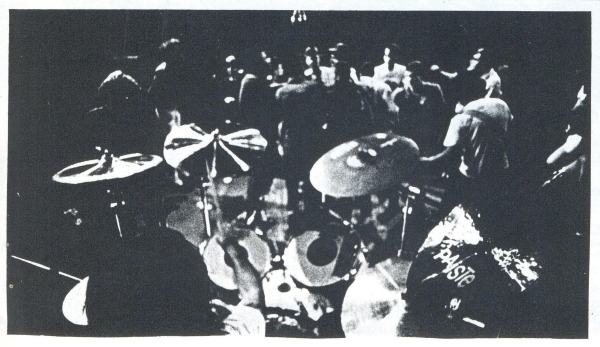